The original cathedral building was designed by the great Victorian architect Augustus Pugin, and was considered the most important Catholic Church in England when it was built. It could seat about 3,000 people, and the building was 240 feet long by 72 feet wide. The church was solemnly opened by Bishop Wiseman on 4th July 1848.

Two years later Pope Pius IX restored the English hierarchy and St George's was chosen as the Cathedral Church of the new Diocese of Southwark, which was to cover the whole of Southern England. For the next half-century, until the opening of Westminster Cathedral, St George's was the centre of Catholic life in London. 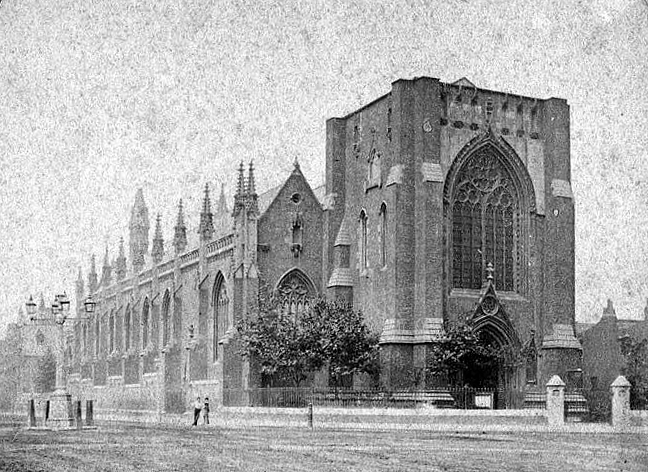 On the night of 16 April 1941, the Cathedral was hit by an incendiary bomb, starting a fire which destroyed the wooden roof and much else. The adjoining Amigo Hall temporarily became the pro-cathedral. The architect Romilly Craze was commissioned to rebuild the cathedral and work began in 1953. The work was paid for by War Damage Commission funds in addition to generous donations from Ireland, the USA, the people of South London and the diocese of Southwark. 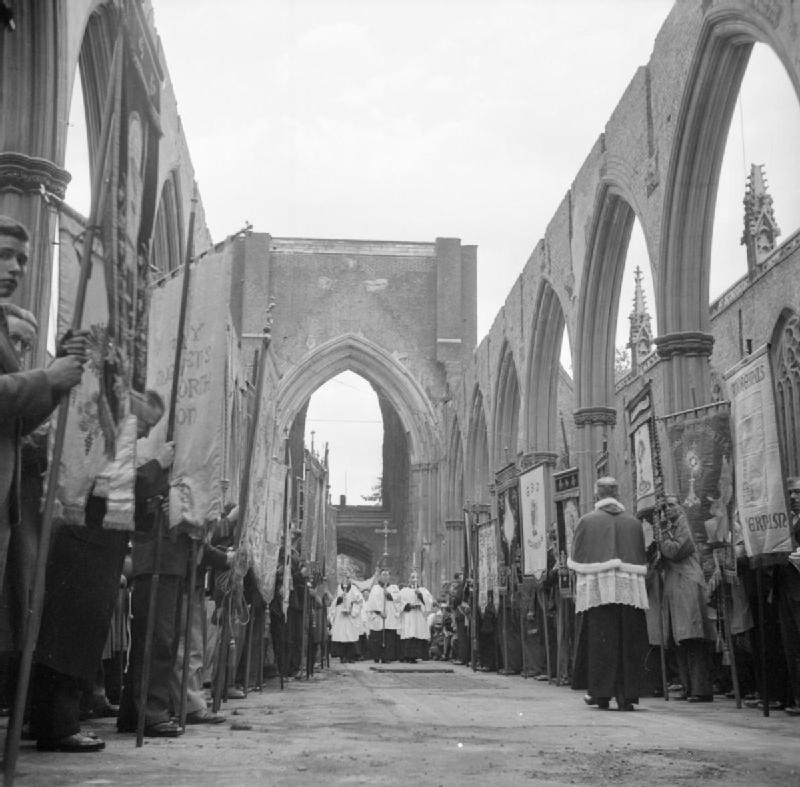 Today the congregation of St George's reflects the rich cultural and ethnic diversity of South London. As well as frequently hosting important diocesan and national celebrations, the Cathedral is often used for concerts and other events, and boasts a rich musical tradition, maintaining a choir of boys and men, and a girls' choir, both of whom sing at Sunday Masses and on major feasts. The organ, by Compton, is regularly used for recitals.

1769
Priest arrested for saying Mass less than a mile from the present site of St George's Cathedral.

1850
Restoration of the English Hierarchy.

1852
St George's becomes the first Roman Catholic Cathedral in London since the Reformation.

1879
Provost Thomas Doyle dies after 59 years since arriving as assistant chaplain at the then London Road Chapel, later becoming Provost of St George's.

1894
Consecration of the Cathedral.

1965
Southwark is elevated to Metropolitan See.

1982
Visit of Pope John Paul II to the Cathedral.

1994
Centenary of Dedication of the Cathedral.

2000
150th Anniversary of the Restoration of the English Hierarchy.