The Cathedral organ was built by John Compton Organ Company Ltd and was completed in 1958.

The organ follows the so-called ‘extension principle’, in which a rank of pipes was borrowed for various stops and functions, enabling space to be saved within an organ chamber, also saving money after the costly rebuilding of the cathedral following the damage in the Second World War.

It contains only nineteen ranks of pipes, but these ranks inventively furnish a three-manual organ of 69 sounding stops, broadly in the English Romantic tradition.

The organ is installed in two enclosed chambers located east of the south transept above the Martyr’s Chapel. Behind the wooden grille facing into the Chancel can be seen the hooded Tuba rank.  Behind that is the box containing the Great and Choir pipework, with horizontal shutters opening some five feet above the Swell box; the Swell faces at a 90-degree angle to the Great and Choir box, west down the aisle.

Some remedial work was begun in 2000 by Whitwell Green, Organbuilders, to get various parts of the instrument working again; some electronic components were replaced in 2009; more restoration was completed in 2019.

Further details about the organ, including a full specification, can be found at the National Pipe Organ Register. 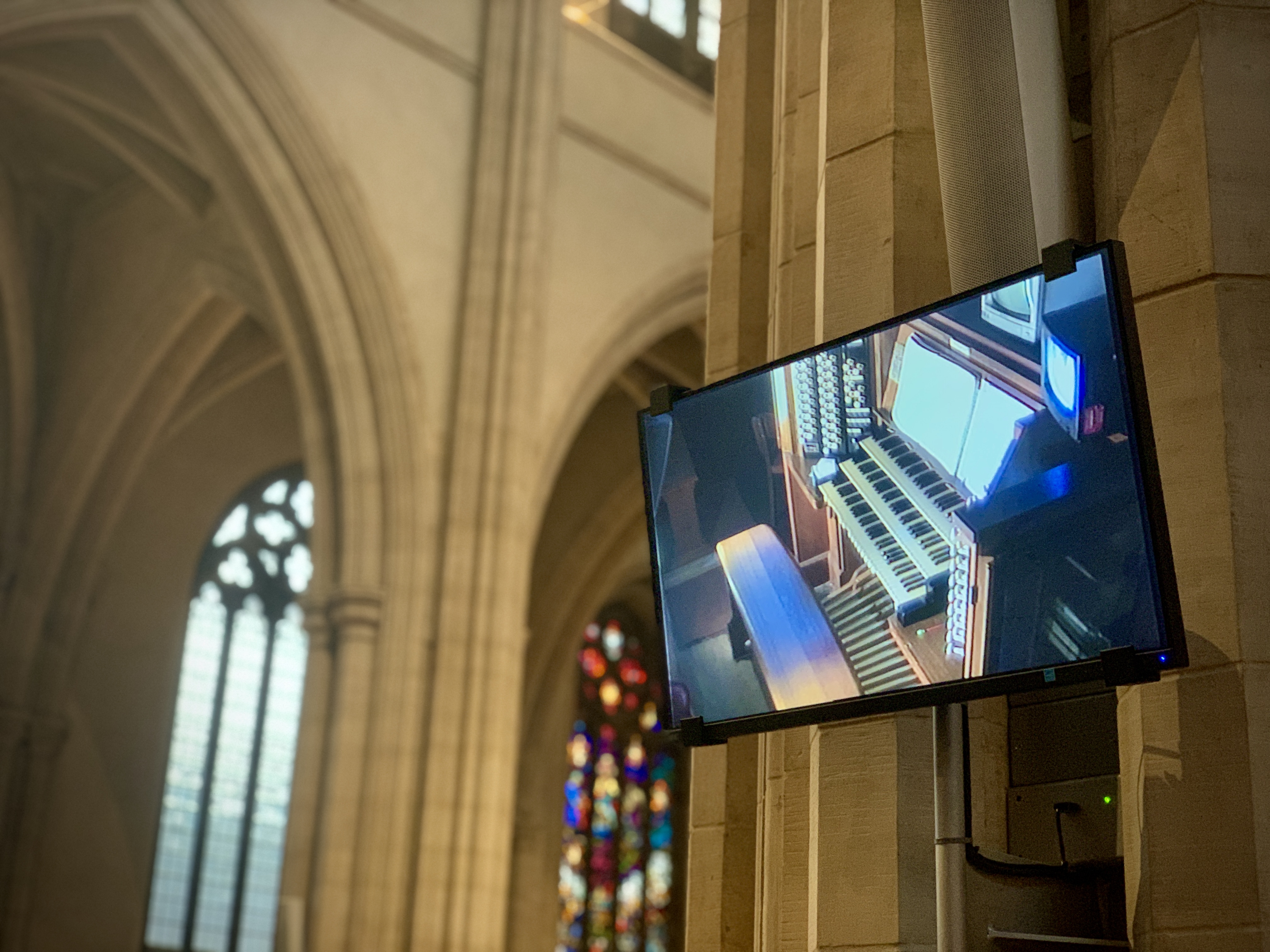