In 1938 Bishop Peter Amigo celebrated his golden jubilee of ordination and Pope Pius XI conferred upon him the personal title of Archbishop.

Many in the diocese wished to mark this special jubilee but Archbishop Amigo made it known that he would accept no personal gift.

It had long been thought that St George’s needed a cathedral hall and so it was proposed that a hall be built to commemorate the Archbishop’s golden jubilee and would be named the ‘Archbishop Amigo Jubilee Hall’.

Fund raising commenced and on 25th March 1938 a cheque for £7.092 was presented to the Archbishop for the building of the hall. Land adjacent to the cathedral had been bought on the corner of Lambeth Road and Barbel Street. Five houses in Barbel Street were demolished and work  started early in 1939. The new hall was blessed and opened by Archbishop Amigo on 3rd February 1940.

The building of the hall later proved timely. On the night of 16th April 1941 an incendiary bomb fell on the roof of the cathedral and within minutes to wooden roof was alight. Very little was left of the cathedral other than the outer walls. Amigo Hall was adapted as a chapel and Mass was offered and normal services resumed. The hall also acted as part of St George’s school which had also been damaged. At the end of the war Amigo Hall resumed use as a chapel and became the Pro-Cathedral until 1958 when the rebuilt St George’s Cathedral was back in use.

The Amigo Hall proved to be a great asset to the cathedral and the diocese but the years of use took its toll and by the 1990s the hall was in need of major refurbishment.  In 2001 a feasibility study was carried out followed by a project to undertake extensive refurbishment to a large part of the building.

In 2009 Archbishop Kevin McDonald opened the newly refurbished hall which is a very adaptable space that satisfies the needs of the cathedral parish as well as offering facilities for meetings and conferences. 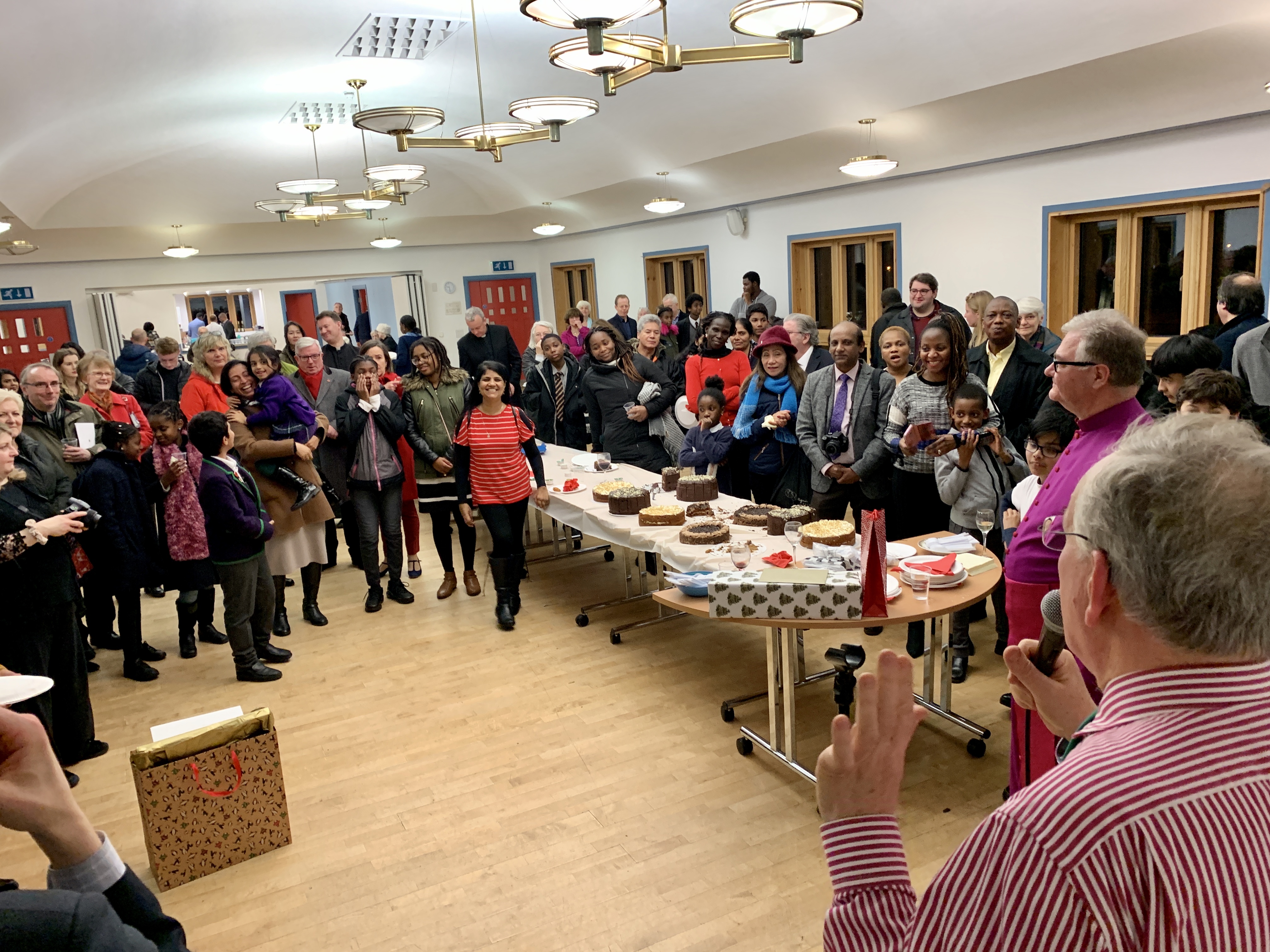 The hall facilities are made available to groups in the diocese and the wider community. Enquiries for use should be made by email to: bookings@stgeorges.org.uk

The Amigo Hall is not available for parties or wedding receptions.

Hire the Hall or Cathedral