Reflection for the Fifth Sunday of Easter

A Reflection for the Fifth Sunday of Easter by Fr Phil Andrews.

Well, many reading this won’t be able to answer, having been born after “VE Day” (Victory in Europe Day), which makes the memories of those who can answer this question all the more precious. We’re very fortunate to have the world-class Imperial War Museum just opposite the Cathedral — Its cannons somewhat disconcertingly aimed at the Archbishop Amigo Hall’s toilets! But as any visitor to that museum will tell you, it’s not just a museum which enlightens us to the ingenuity and bravery required in the prosecution of war; but rather, it also offers a salient warning as to why war must never be “celebrated” as being something good in and of itself.1

Last Friday, we celebrated the 75th anniversary of that momentous day when the United Kingdom came out of a lockdown of sorts, having endured nearly six years of war against Hitler and his allies. Even before the UK’s formal entry into the war on 3rd September 1939, the war clouds had been gathering as in June that same year all men aged 20-21 had become liable to call-up for four years of military service. In late August 1939, the Royal Navy, together with the Merchant Navy, had proceeded to war stations; and by 1st September, the blackout had begun and the army formally mobilised. Two days later… well, the rest is, as they say, history; which is why, I believe, celebrating VE Day was, and is important. Unfortunately, it wasn’t in the style of seventy-five years ago, with street parties, dancing, and Solemn Masses of Thanksgiving (in a firebomb-gutted Cathedral nave, see above).

And so, on Friday we looked back seventy-five years with pride and gratitude. Indeed, I can’t help but wonder how our descendants will look back on this year, and its weeks of lockdown? As had been the case in 1939, we can see how steady preparations were being made by the Government and emergency services even before we entered into this most unprecedented period of self-isolation in 2020. But also, as in those war years, we have seen personal sacrifice and heroism come again to the fore. One of the joys I’ve encountered whilst ringing around parishioners has been to learn of the “wartime spirit” of neighbourliness which has ensured many of our most vulnerable and isolated have been cared for by their hitherto unknown neighbours. Numerous senior members of our parish and wider society — I’m convinced — will have become hooked on vegan culinary delights prepared for them by their Millennial neighbours, who until recently were just the strangers next-door.

Nevertheless, like the Second World War, there has also been much sadness: bitter sadness. The toll taken upon many will have been great, and we will not truly understand to what extent until lockdown is relaxed. As is often the case, those living with “hidden” illness may well have been overlooked: whilst outwardly they will have appeared well, but the terror and isolation which many conditions bring will have meant that the external lockdown has been just another cell door to that chronic internal lockdown which they must live every day, regardless. Let us never forget them in our prayers!

Well, just as many of those men, women, and children celebrating seventy-five years ago would have bourn many personal sadnesses from the previous four years; in our own time, should we not also celebrate the re-awakening of our common humanity, despite the sadnesses we have experienced recently; a humanity which these past years had been rather grotesquely eclipsed and disfigured by all manner of partisan concerns: political, social, economic, etc; and pray, too, that it will survive into what will become the “new normal” once lockdown is finally lifted?

The secular mind may well at this stage be struggling to find a rationale for it all. As is often the case with outpourings of human goodness, many atheist commentators often become quite woolly in their utterances, as they don’t have the language of metaphysics to help them. For Christians, however, the person of the Lord Jesus Christ, and the outpouring of the Holy Spirit of God’s love mean that the reason is crystal clear: Ubi caritas et amor, Deus ibi est. Where charity and love are, there God is (St Paulinus II of Aquileia — c.726 – c.804).

As we come towards the end of Eastertide, or more properly, Paschaltide, the Church reminds us to look forward to the time of the Holy Spirit. Today’s readings offer us precious inspired memories of a Church preparing to come out of lockdown 2,000 years ago; which, little-by-little helped to make the world a better and kinder place. As faithful Christians, they lived out their vocation as Spirit-filled and Christ-centred children of God, witnessing by acts of love — sometimes to the extent that they gave their lives — so as give to praise to their loving Heavenly Father, whose heavenly home they longed to dwell in for ever. They did this not to create a “heaven on earth” which wouldn’t last, but to witness to God’s eternal Kingdom of absolute righteousness and holiness.

As a friend reminded me on Facebook, when those first disciples came out of their lockdown, “Their troubles were not over, but the battle had already been won. They were then given peace and strength to overcome what they were to meet in the coming months and years. The assurance that someone had experienced great suffering and hardship on their behalf because He cared for them individually, led them to share that hope which so many of us have today.” That hope, was, and is, Jesus Christ, in whom they were able to see the glory and boundless loving mercy of the Father.

There are small green shoots that the lockdown will soon be relaxed, albeit slowly. It’s only right and prudent that we, as a society, must go into the future with plans to rebuild — but on a better and more humane scale, placing God back at the heart of our lives, personally and nationally.

Indeed, another unexpected result of the lockdown has seen many of our homeless brothers and sisters given shelter and accommodation in unused hotel rooms: a wonderful and humane gesture, born of Divine Law, and not the misanthropy which has dominated for too long! Granted, it’s not a situation that will last, but it should give us new impetus to pray for grace and insight as to how new solutions to this and other social problems might be found. It may be hard for us to imagine, but there will be some who will regret the end of lockdown, because they will end up losing their home. As Christians, that state of affairs, in and of itself, should impel us to fight for an end to such social ills. But it won’t be easy, because once the hotels re-open, there won’t be enough rooms to house these souls; and so It will take sacrifice, commitment, cooperation, and prayer, on our part, to find an answer, albeit an imperfect one.

But what about those perfect rooms which demand no check-out? The rooms in our Father house, prepared for us before the foundation of the world? Whilst fighting with new conviction for our suffering brothers and sisters in this life, let us never forget their eternal accommodation; nor, indeed, our own!

The river of God’s love gushes from his throne in Heaven, and it pervades our very souls and bodies in the Sacraments, and at this time, in our Spiritual Communion and yearning for them (Cf. Apoc. 21:1-7.). We are not called to be social workers, but saints; we are to be saints who live their faith by caring for those in need. There’s a difference. A social worker, no matter how conscientious, is a paid employee. A Christian living their apostolic vocation is a beloved child, doing their Father’s will, and in so doing, can achieve results that will last for ever.

As we prepare to come out of lockdown, let us live as Spirit-filled disciples of the Lord Jesus, making every day one of Resurrection, by living the Spirit of Pentecost, with our hearts and minds set upon the Ascension, when Christ will show us to our room, which has been ready and waiting for all eternity in the Loving Heart of God.

But let’s not stop there!

We are called not just to follow as disciples, but to lead as missionaries. We are also Spirit-filled missionaries who have total trust in the Lord, and who know that there is a home in heaven which needs its rooms occupied. Let us show others to their rooms, too, by uniting ourselves intimately to Christ Jesus’ mission! Let’s be like those disciples on the day of Pentecost who burst out of their lockdown of fear and proclaimed the Good News that our Heavenly Father has a special place ready for each and every one of us. 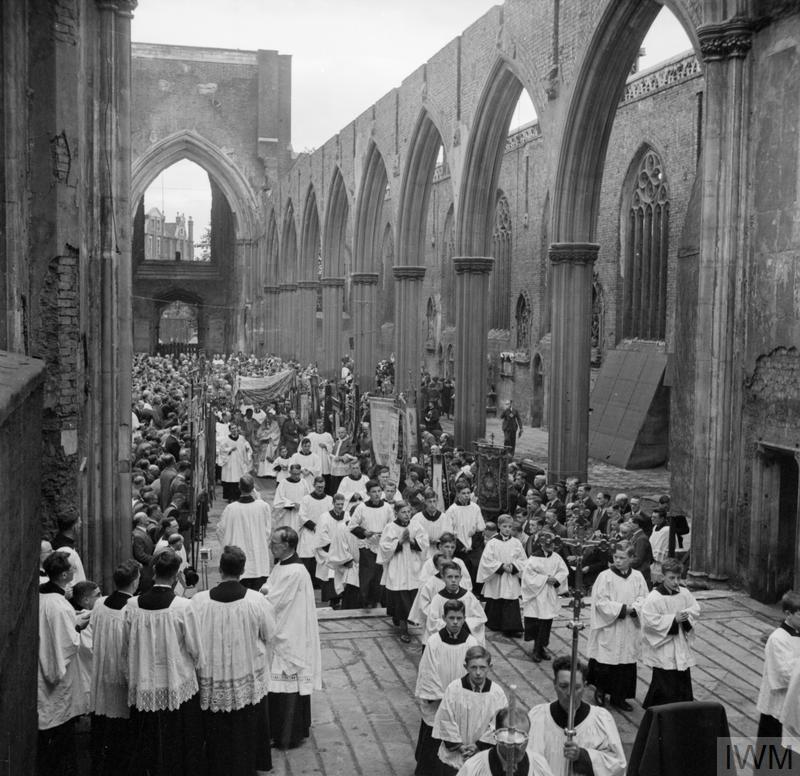 1 You can read more about the four strict conditions for “legitimate defence by military force” in the Catechism of the Catholic Church, §2309; and also the definition of a “Just War” in the Compendium of the Social Doctrine of the Church, §500-501.

The Epiphany of the Lord