Jonathan Schranz is a freelance conductor based in London. He studied for an MMus and LRAM in Choral Conducting at the Royal Academy of Music where he was awarded a Distinction along with numerous prizes, and holds a first class music degree from the University of Cambridge.

Jonathan enjoys a diverse career ranging from leading choral workshops in high security prisons to performing at private functions with his funk band, The Handlers. In addition to his role at St George’s, he is Musical Director at the University of Greenwich, conducting the 90-strong student and staff chorus, and he also runs the Victoria Children’s Choir, the outreach choir of Westminster Cathedral. He works as a Section Leader and Assistant Conductor for the National Youth Choirs of Great Britain and is founder-director of a number of his own groups including The Fisher Consort and Graduale. Jonathan has led choral workshops for the Royal School of Church Music, South West Camerata and Libricini, and is in demand as a guest conductor.

A firm believer in the transformative social impact of choral music, Jonathan is Head of Musical Development for the charity Sing Inside which delivers singing workshops in prisons across the country. His Master’s thesis, exploring the benefits of choral music within a prison chaplaincy, has been presented at the Universities of Leicester and Oxford.

Frederick Stocken has been involved with church music since he was a chorister at Southwell Minster. He was Organ Scholar of St Catharine’s College, Cambridge where he studied with Peter Hurford. He won five prizes at ARCO and three at FRCO and has given recitals in venues around the UK and as far away as Japan. His PhD in nineteenth-century harmonic theory is from the University of Manchester.

As a composer Frederick has had diverse commissions, including his First Symphony for the Royal Philharmonic Orchestra premiered in the Royal Albert Hall, and a ballet, Alice, for the State Theatre in Giessen, Germany. His church-music commissions include an orchestral mass for the Brompton Oratory, and a commission for the Southern Cathedrals Festival.  Other major works include his Violin Concerto and Second Symphony, both premiered at St John’s Smith Square.  His music has been published by OUP and Banks Music, and has been broadcast on the BBC, Classic FM and elsewhere. 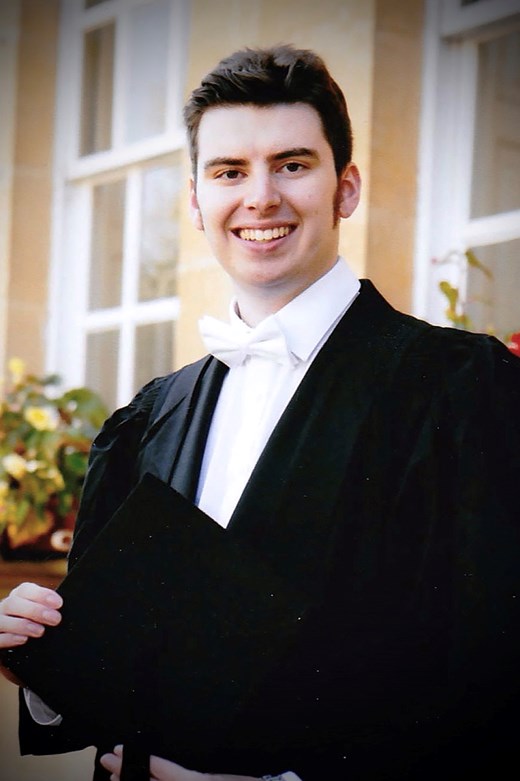 Alexander has just graduated from Trinity College, Oxford where he read Medieval and Modern Languages. He was also Trinity’s Senior Organ Scholar and worked alongside the Chaplain and his fellow Organ Scholar in planning services, directing and accompanying the Chapel Choir. This included associated activities such as singing madrigals on the College roof on May Day morning.

In addition to weekly Chapel services, Alexander organised tours abroad. Highlights of this were conducting mass in Cologne Cathedral, arranging the Choir tour to Rome, performing mass at St Peter’s Basilica and organising a concert at the Basilica of Saint Paul outside the Walls.

Alexander began playing the organ aged nine under the tutelage of Mark Williams and James McVinnie. He was awarded a Music Scholarship to Eton College. There he continued his organ studies with David Goode, playing regularly for the College Chapel Choir. He was appointed Organ Scholar at St Luke’s Church Maidenhead. In his final year Alexander won the Harford Lloyd Senior Organ Prize. He has given a number of recitals in the UK including the Royal Albert Hall for the Youth Proms, St Lawrence Jewry, Westminster Hall for the World Education Forum, Reading Town Hall and the Two Moors Festival.